The Origin of the ”Hachijyu-Hachiya” Tea

This seemingly common name for a high-grade Sencha has a little more to its story than you might think.

This article was last modified November 23rd, 2021. by Yuki 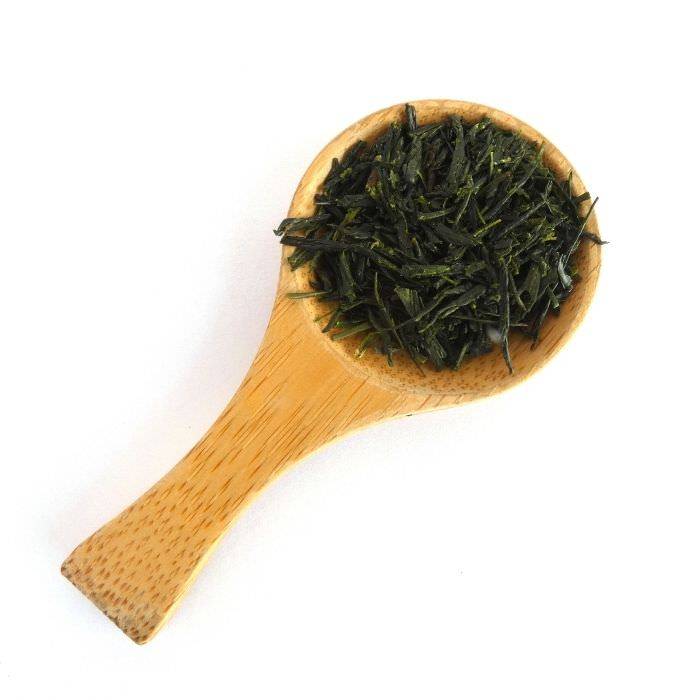 A scoop of Hachiju-Hachiya Tea

What is a Hachijyu-Hachiya Tea?

The reason you ended up on this page I'm assuming is that you've stumbled upon a Japanese Tea that was named "Hachijyu-Hachiya", and was wondering if it was just a wierd name for a tea, or a unfamiliar category of Japanese tea.

In fact, you'll see the name "Hachijyu-Hachiya" for a Sencha quite often. It's usually used as a popular name for a high-quality Sencha tea.

We ourselves carry a Hachijyu-Hachiya tea in our online shop as well! (It's actually one of our recommended products!)

It may be easier for those of you who can decode Chinese characters, to guess the meaning, but the name "Hachijyu-Hachiya" means "Eighty-Eighth Night Tea". It's written as below. 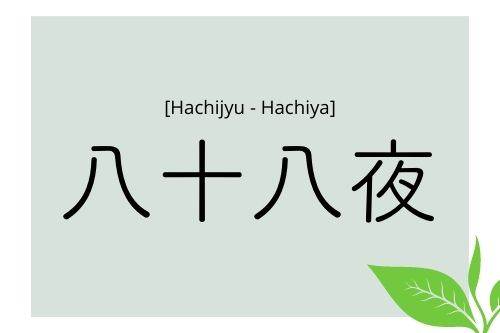 So what is the meaning of this Eighty-Eighth night?

The Significance of the Eighty-Eighth Night

The name Hachijyu-Hachiya resembles the Eighty-eighth night counting from the first day of Spring in the Japanese calendar – which usually falls on the 2nd of May of a normal year, and the 1st of May of a leap year.

It is said that this is the best timing to harvest tea leaves. It also has an auspicious meaning, and many Japanese people will drink tea picked on this day for longevity. The tea leaves taken at this timing will be called the Hachijyu-Hachiya tea, and is usually considered a high-grade tea. It is most commonly produced as a form of Sencha.

This myth about the Hachijyu-Hachiya contributing to a long life – it can be argued that – is actually not too mistaken. Since this will also be the first harvesting session of the year, Hachijyu-Hachiya tea is categorized as a Shincha or Ichibancha.

These tea leaves that come from the first harvesting session is loaded with nutrients such as Catechin and Theanine, and can be considered the tea with the highest health benefits. It is an extremely enjoyable tea characterized with a rich taste with strong Umami.

Tea leaves coming from the subsequent harvesting sessions, called Nibancha and Sanbancha, will be significantly lower in nutrients. Perhaps the ancient Japanese people understood this, and started to drink this as a healthy habit.

The short answer is No.

For the tea farm, the timing of the harvesting really depends on the climate and the weather in that area.

Natrually, the timing of harvesting will also differ depending on the latitude of the farm. Tea farms in the south will have a earlier harvesting timing as compared to the northern tea farms as the climate warms earlier.

So the best timing really differs depending on the farm, and it may or may not happen to fall on the Eighth-Eighth night of Spring.

Perhaps the tea farms of Kyoto, or the Ujicha farms, tend to harvest their first flush leaves very close to that timing.

The key is the water temperature - make sure the hot water's temperature is reduced to around 70 degrees Celsius before the infusion. This will allow to maximize the Umami of the tea while containing the astringency. You can read the step-by-step instructions on how to brew High-grade Sencha here.

Yuki is the Editor-in-Chief AND Community Manager at Tealife. He bleeds Japanese Tea and loves being a part of the Japanese Tea journey of others. Writes, does events, conducts tasting sessions, drinks, drinks and drinks tea! Easily accessible - hit him up on whatsapp (+65) 85882980.