The complete guide to Ujicha (Uji Tea) - The tea of Kyoto

The legendary tea of Japan

This article was last modified July 6th, 2022. by Yuki

In the southern parts of the Kyoto prefecture lies the Uji area. Ujicha is the tea brand name made here and in the surrounding regions.

It is one of the premium brands of Japanese tea, and it is no coincidence that much of our tea selection is actually from this Uji area.

This article will cover everything you need to know about Ujicha. 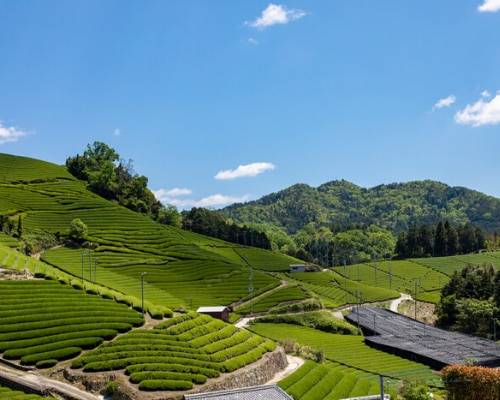 Ujicha is one of the most well-known tea areas in Japan.

Kyoto Tsujiri and Fukujyuen are some names of Ujicha manufacturers – perhaps familiar brands even in Singapore with their robust overseas operations.

It is regarded as one of the "Three Great Teas of Japan" alongside Shizuoka-cha and Sayama-cha. Considering the historical significance of this area, it may very well be the "greatest tea of Japan."

The official definition of "Ujicha"

"Ujicha" is registered and defined as a trademark by the Kyoto Tea Cooperative.
According to the registration, "Ujicha" refers to green tea produced under the following criteria. 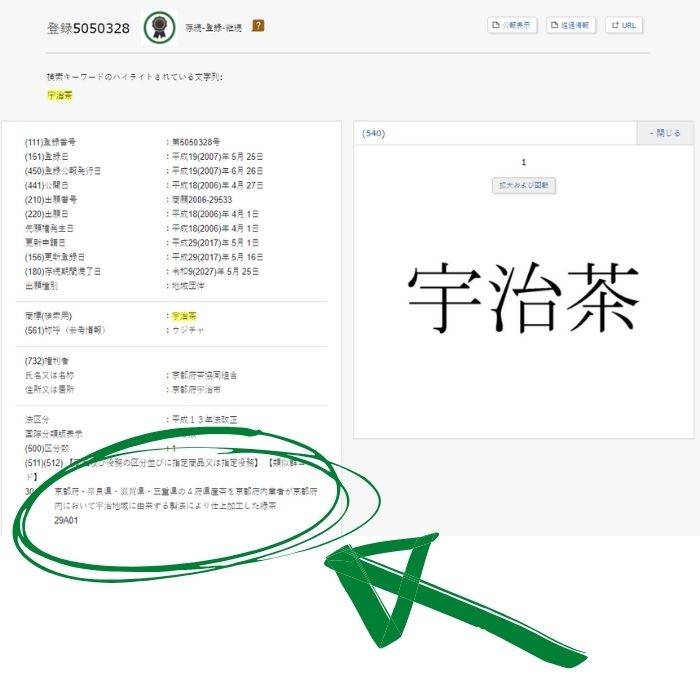 Snapshot of the trademark document

Many innovations and creations surrounding Japanese tea took place in this area and are considered the driver of the evolution of modern Japanese tea.

This Uji area is where tea cultivation first took off. The tea farms of Uji invented and created new delicious tea types such as Sencha and Gyokuro.

Because of this, the origin of Japanese tea is widely regarded as Ujicha.

Ujicha is especially famous for producing expensive tea such as Gyokuro and Tencha (used for making Matcha).

However, its repertoire is diverse. It has quality Sencha and even unique tea such as Kyobancha.

The Taste and Quality of Ujicha

The deep forests and rich mountains bless the land of Uji. This unique condition helps produce the delightful tasting tea.

It is widely regarded that a pleasant astringency will come first then, followed by rich, deep sweetness and umami taste. It has a somewhat yellowish color compared to tea in other regions.

For reference, let's look at the results of the National Tea Competition of Japan. It's one way to appreciate the quality of an area brand.

Ujicha's track record in The National Tea Competition of Japan

The National Tea Competition of Japan is the most prestigious tea event which annually takes place in Japan.

It awards the best individual tea and tea areas of the year. The first-place award is the elusive Minister of Agriculture, Forestry, and Fishery (MAFF) award.

You can read more about The National Tea Competition of Japan here.

We've analyzed the results of the past eight years of this competition up until 2021.

In the Tencha category (Matcha)

It's safe to say that for Matcha, Ujicha is the best in Japan.

Total domination of awards can also be observed in the Kabuse-cha category by Ujicha.

In the Gyokuro category

You can see that Ujicha is a leading tea for Gyokuro as well.

Overall, you can comfortably say that for all types of shaded tea, Ujicha is one of the premium areas.

Myouan Eisai is the name of a Japanese Monk who is said to be the "Father of Japanese tea." He imported tea tree seeds from China, and tea cultivation accelerated when it spread to the lands of Uji.

The tea's arrival to Uji took place in the early parts of the Kamakura era (1185 – 1333) and is when the history of Ujicha also started.

In the late 16th century, the cultivation method used to produce high-quality tea by shading the leaves was invented. At the time, this was only practiced in the Uji area.

These tea leaves with high levels of umami were used to make quality Tencha and eventually helped invent Gyokuro.

Sencha was invented in 1738 by a tea farmer in Uji named Nagatani Souen. Souen developed what is called the "Ao-sei Sencha manufacturing method," which contributed to dramatically improving the quality of green tea.

This Sencha became popular across Japan and spread rapidly through the commoners. This spread sparked the change from using tea powder to infusing tea using a Kyusu. Nagatani is referred to as the "father of Sencha" for this reason.

Gyokuro was invented in 1835 by Yamamoto Kahei, and the art is said to be completed by a Tsujiri.

Tsujiri was a tea manufacturer in Uji, and the name may be recognizable as it has expanded its operations globally in recent years.

As you can see, Uji played an integral part in developing many of these modern Japanese green tea types.

Not only that, it has an unbelievable track record of producing quality Japanese tea.
It's not a coincidence that Ujicha is our primary area brand for many of our tea types. We try different teas from several parts of Japan, but the Ujicha is the best in many cases.

I'll add a link for our Ujicha selection below. You can take a look if you're interested.