Matcha Chawan is essentially a cup for drinking Matcha. Did you know that there are different shapes and textures - and that they do have different implications!
Here we'll cover everything you know to choose the right Matcha Chawan for you. 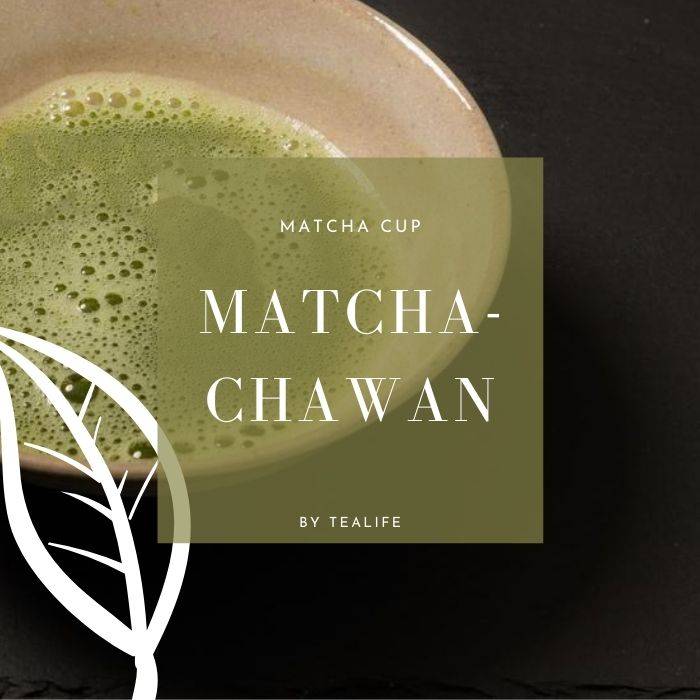 Back to Japanese Tea Tools

There are however, some implications to the difficulty of preparing Matcha depending on the type of Matcha bowl. This is especially true if you're a beginner.

For example, my very first Matcha bowl was so shallow, that it was very difficult to keep the Matcha from splashing outside the bowl! It would create a mess each time.

To avoid cases like this, It's good to understand some of the characteristics of Matcha Chawans before you go find one for yourself. Let's get started.

What is a Matcha-Chawan (Matcha Cup)

A Matcha-Chawan is a type of Chawan (cup) used for drinking Matcha. It could look something like this. 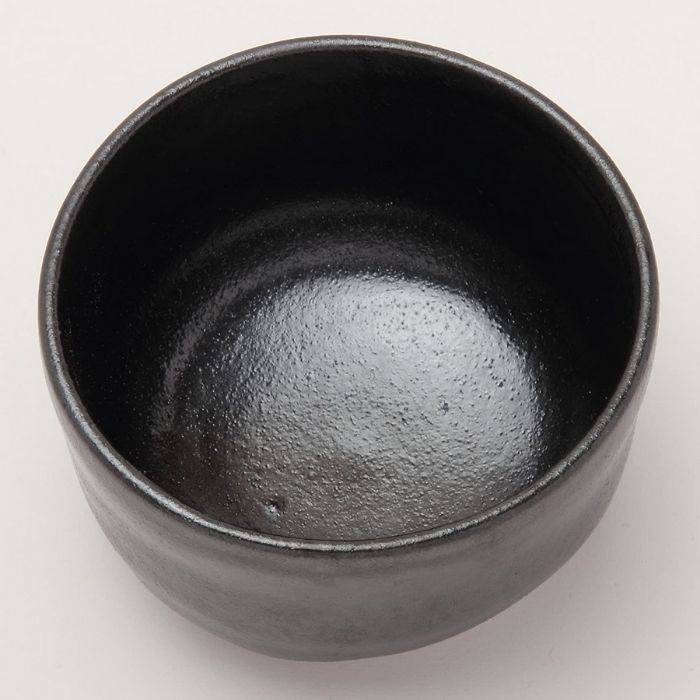 You'll notice it's a lot larger than a normal "Cup".

It'll feel much more comfortable holding it up with your two hands rather than one - that's how large the wide base of a Matcha Chawan is.

Having a wide base allowing for the Matcha to be whisked easily during the preparation. This characteristic of this bowl is a little different from the normal Chawan which is used for drinking normal loose leaf Japanese tea.

There are 2 types of shapes for the Matcha-Chawan.

Let’s look into the Tsutsu-Chawan first. 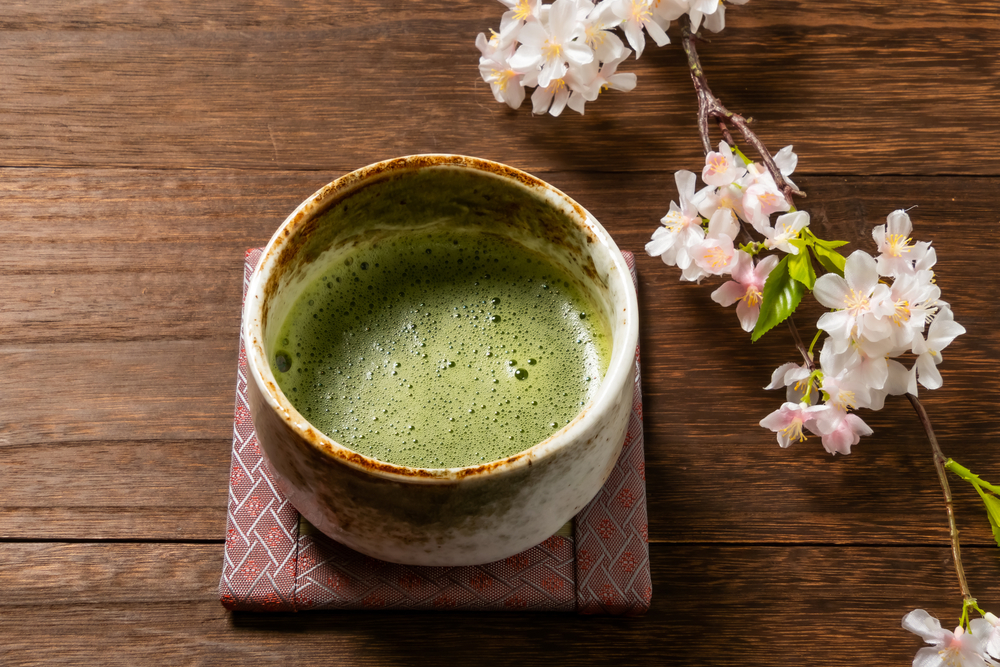 The Chawan of a cylinder shape is called the Tsutsu-Chawan. The Japanese term “Tsutsu” means cylinder, and that’s where it gets its name from.

You can see that the edges of the cup rise straight up from the base of the cup, rather than spreading out.

It’s a great type of cup to serve Matcha on a cold winter day – but obviously we don’t have any cold winter days in Singapore. Using a Tsutsu-Chawan may be a little too bothersome in that sense.

On another note, there are Tsutsu-Chawans for normal Chawan used for infused tea such as Sencha or Bancha as well. They do not have as wide a base as the ones for Matcha does, but similarly the edges of the cup will rise straight up from the base, forming a cylinder shape. 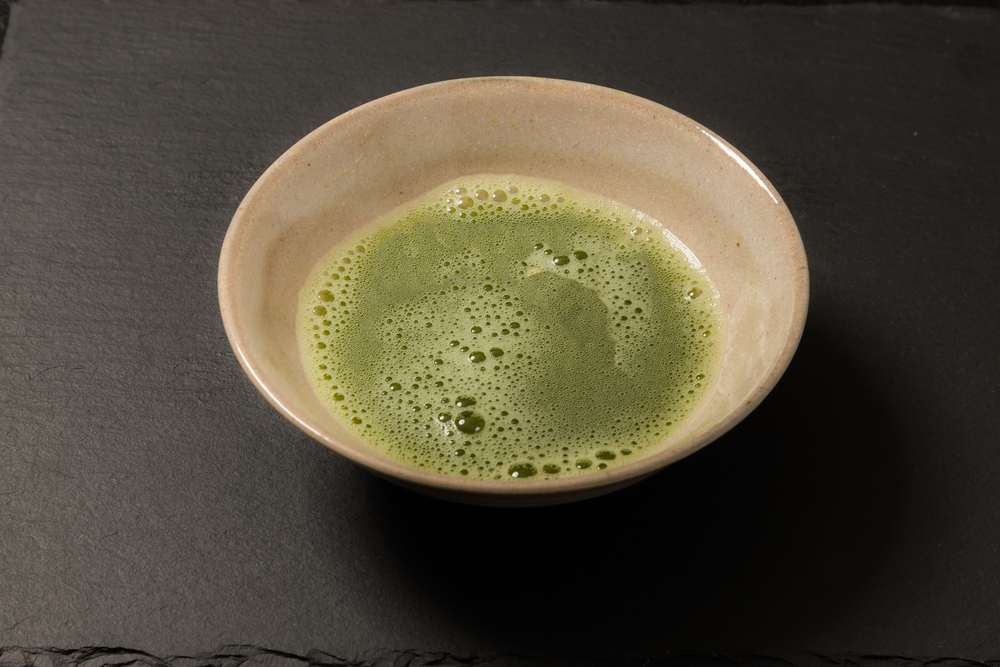 The Hira-Chawan is another type of Matcha-Chawan, with the edges of the bowl spreading out from the base. The Japanese term “hira” means flat, which is the impression you may get from seeing this teacup. The Hira-Chawan is also sometimes called the “Natsu-Chawan” or the “Summer-Chawan”, as it’s suited for use on a hot summer day.

This type of Chawan allows for a refreshing display. It’s easier to see the state of the Matcha as you whisk and drink. The thickness of the dish is usually thinner compared to the cylindrical counterpart. It gives a nice fresh and cool impression, which makes the Matcha that much enjoyable.

The caveat about choosing Hira-chawans, is that if it becomes too flat, you may spill the Matcha during the whisking. If you are a beginner, make sure you choose one with enough depth.

How to Choose a Matcha-Chawan

For beginners, it’s important to make sure the cup is easy to use to whisk and generate the rich layer of bubbles required for a delicious cup of Matcha. Here are a few points to know so you won't choose the wrong Matcha-Chawan. You can also check out the steps to prepare a Matcha here.

4 Points for choosing your Matcha-Chawan

Choose one with a large enough base.

When you choose the cup, make sure you choose one with a wide base. The wider the base, the easier it is to rapidly whisk the Matcha using the Chasen (bamboo whisk). Whisking requires speed and energy to create the rich frothy texture, and it will be difficult to generate if the base is not large enough.
A Matcha Chawan like the following has a nice large base ideal for whisking. 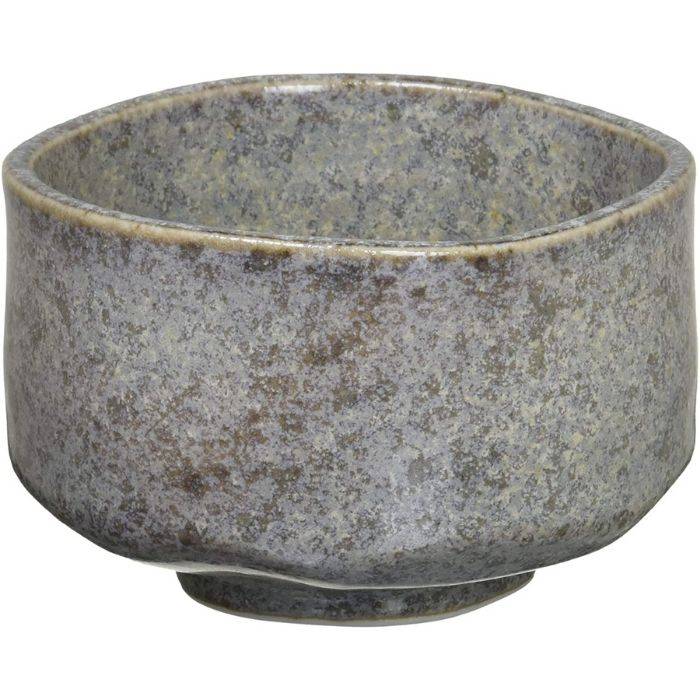 A Matcha Chawan with a nice large base

Now, while this bowl pictured above has a nice large base, you'll notice that the base and the walls are almost perpendicular to each other. this brings us to an important 2nd point.

A round base rather than a flat base

As a beginner of making Matcha, you may not be too accustomed to whisking Matcha using a Chasen (bamboo whisk). Perhaps it's your first time, and you have purchased a 100 prong Chasen because you've heard it's the easier tool to use for frothing the Matcha. Which is absolutely correct!

The only problem with the 100 prong Chasen is that, compared to other Chasen such as the Kazuho, the prongs are split into much more narrow prongs, and it ends up being very brittle. As you prepare several cups of Matcha, the Chasen (being a consumable item by nature) will eventually break.

The shape of the bowl plays a part in accelerating the damage incurred to the Chasen. If the bowl has perpendicular walls and the Chasen's whisking actions hits the walls, the prongs will break off much earlier than you whish. 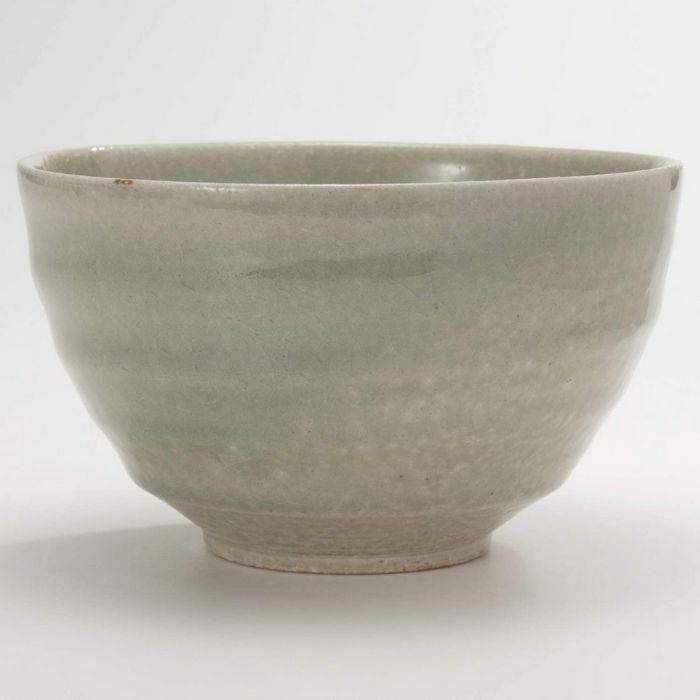 Matcha Chawan with a rounded base

Not too Rough or Bumpy

This is because the bristles of the bamboo whisk will get caught by the bumps and will make it difficult to mix the Matcha powder properly with water. It’s good to make sure that there is not too much friction for the bristles to whip the Matcha.

Not too Slippery Either

If the Chawan is too slippery, the bristles of the bamboo whisk will slip, and it will be difficult to generate the bubbles as well. An example of this would be a porcelain cup. Make sure that there is some friction to properly whisk the Matcha.

All that said, at the end of the day, any Matcha-Chawan you find to like is a good Matcha-Chawan! Anyways, hope this article was of use to you.

You can find some of our Matcha Chawan below!

Back to Japanese Tea Tools